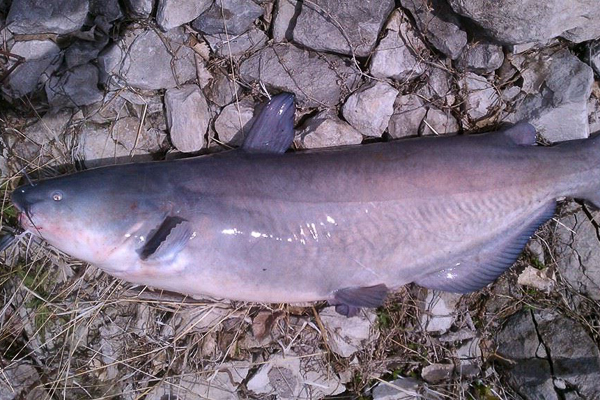 On a whim I bought the cheapest hot dogs I could from Wal-Mart for catfish bait. Also included in this purchase were a can of sardines and a pack of generic cherry kool-aid. I cut the hot dogs into thirds and soaked them in the sardines and cherry mix overnight. For good measure I also dumped some garlic powder into the mix. My theory was the sardine fish oil and the garlic powder would provide some sort of scent. I am also a cheap individual and for under $3.00 I had 30 pieces of bait (10 hot dogs cut into 3 pieces). Now with that said I was very skeptical of this bait and did not think it would produce much of anything. 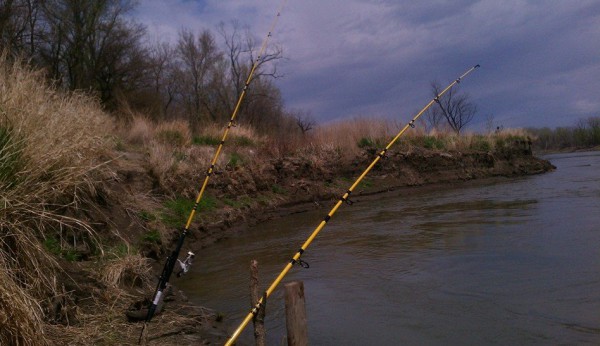 At this point in my life I did not have a boat, so I decided to bank fish from the Missouri River near N.P Dodge Park in Omaha, NE. Please know that Nebraska does a terrible job of providing the bank fishermen access to the river. Where I was fishing is crowded with huge pleasure boats and in this particular stretch of the river the channel is very near the bank. The current is very fast here and in my ignorance I did not have no-roll weights or any idea how to fish this section of the river. But I was willing to give it a try and I figured I could read my bible even If I didn’t catch a fish. So I baited up my hot dog concoction made the rookie mistake of casting my line as far as I could out into the channel. I watched with disgust as my 1 oz. rig swept right down the river. I figured that was going to get into a snag, but I decided to leave it while I rigged up my second pole. I put it in the rod holder and sat down to rig my other pole. Seconds later I was astonished when I saw my pole dancing in the rod holder.

THANK YOU JESUS & Buying A Boat

I grabbed the pole and realized immediately this was no small catfish. I began to call on the name of Jesus because I really wanted that fish. Obviously I landed that fish and I estimate it to be 15-17 pounds, because my friend caught a fish we weighed at 8 pounds and this fish was twice as big. Immediately after catching this fish I convinced my wife I was buying a boat. I am still embarrassed to say I use hotdogs to fish, but I always have a pack of hot dogs that have been soaked in smelly stuff in the boat with me now.