I left the house with one goal: Catch a shovel nose sturgeon and get a video of it. So I went to NP Dodge Park in Omaha, NE and walked down to the wing dikes. My set up was very simple a 3oz no-roll-sinker, split shot and a 1/0 hook with a night crawler on it. It took about an hour and I had to move twice but I finally achieved the goal.

Fishing In The Hole Behind A Wing-Dike

I am fishing the down current side of the wing dike. There is not a lot of current here because the wing dike blocks it. So I only need 2-3 ounce of weight. This is a high water event because they are releasing water from Gavins point damn. You can see the wing dike in the picture has water flowing over it, normally I could walk out on that wing dike 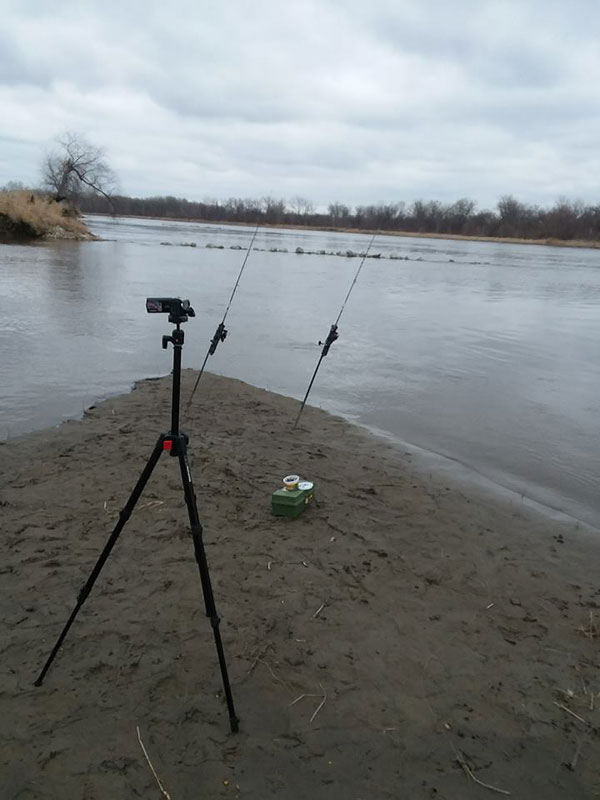 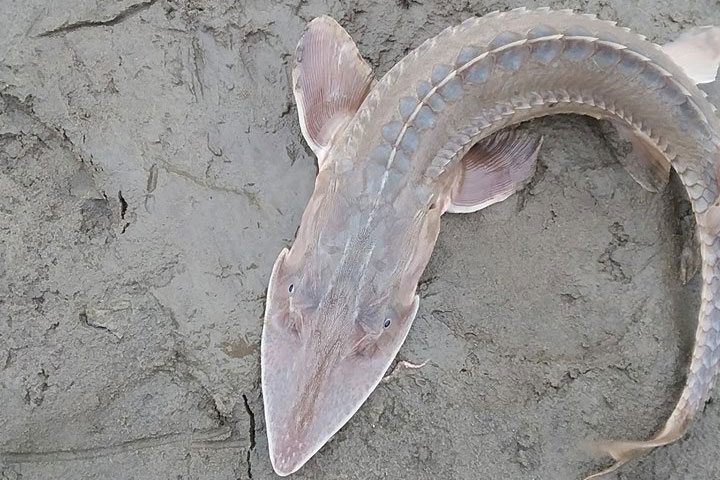