Fishing Can Be Frustrating

I won’t lie sometimes fishing is frustrating. You go out you don’t catch anything. You get a good tug on your line and you feel a heavy weight and reel in an annoying turtle. You bird nest your bait caster and you refuse to cut it out because Suffix 832 is so damn expensive. You move from spot to spot in an attempt to try to put something worthwhile in the boat. I was having one of those days and for a mere second I thought “it’s September maybe it is time to winterize the boat” and then with only a half hour left to fish I decided to try a spot I never tried because it is out in the channel and I hate all the waves from the drunken speed boats. But I was desperate and it immediately paid off.

This was the fourth spot after fishing 2 trail dikes and the mouth of the Boyer River without anything to show for it but a really small carp and a soft shell turtle. So we decide to brave the channel, the drunken boaters and the rocks. I told my wife I was leaving at 2:00PM and it was already 1:30 so I threw out my bass/bait pole fast with very little weight and a night crawler right into the rocks perhaps 2 feet off the bank. Almost immediately the pole bent over and the drag was set too loose and it peeled off. I grabbed the pole and thought I had a much larger fish and then I realized I was also fighting the current and I tightened the drag and brought the fish into the net. We whooped and hollered and we were glad something happened so fast, it gave us hope.

Another Fish Minutes Later And A Double 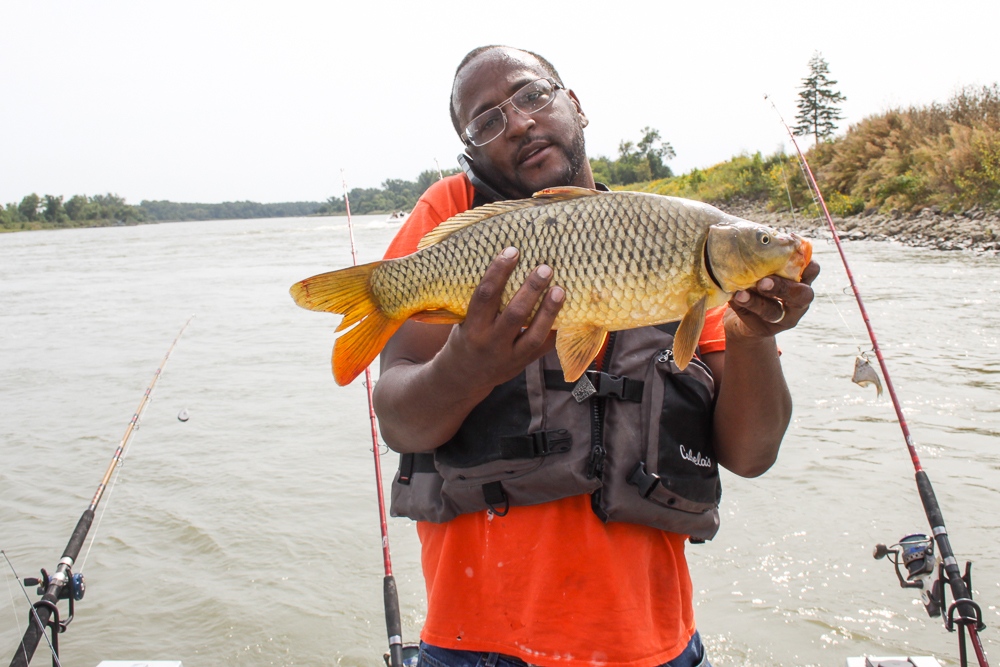 We rejoiced and I threw the same rig out to the same place and BAM the rod went down again within seconds. I could not believe it but I was thrilled to be catching fish and I had to move one rod out of the way to keep this fish from tangling it. I took the other rod out of the rod holder and handed it to my partner and began to fight the fish in the heavy current. While my partner was holding my other rod BAM it got hit also and we had our double on. 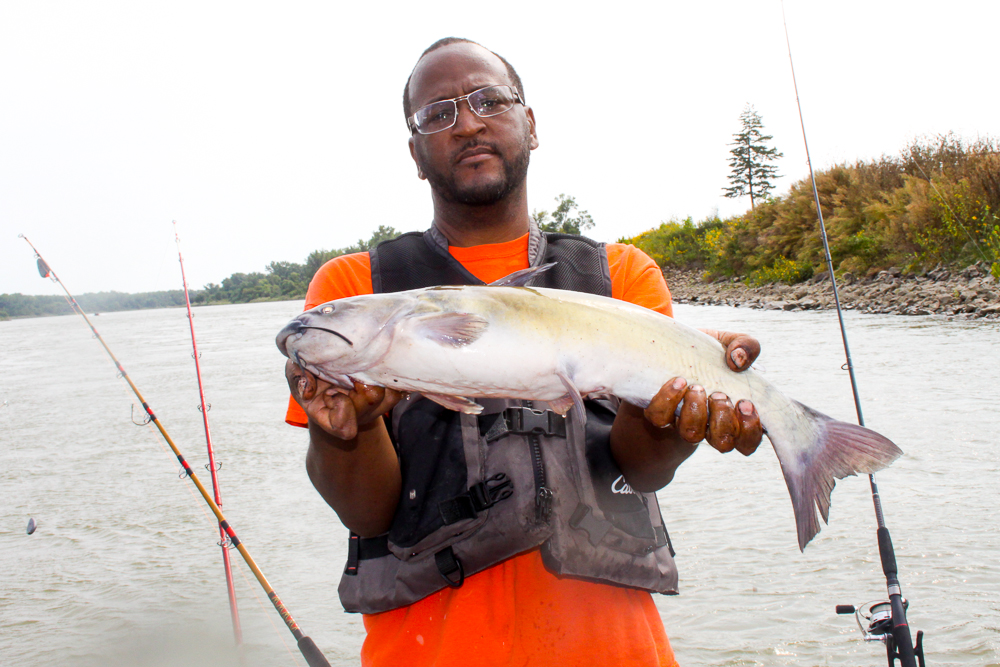 Now I did not technically catch this fish, but it was on my rod and in my boat so in my twisted logic that has to count for something. All of this action happened in 10 minutes and we caught 2 more small channels in quick succession. I might have to venture out in the channel more often. I will say we did get rocked ruthlessly by all the boat traffic and several boats in my opinion came way to close to our anchored boat. I will have to be diligent to be safe in this spot. We also got the anchored stuck in the rocks and had to put the boat in front of the anchor to get it out. But this time it was surely worth it. 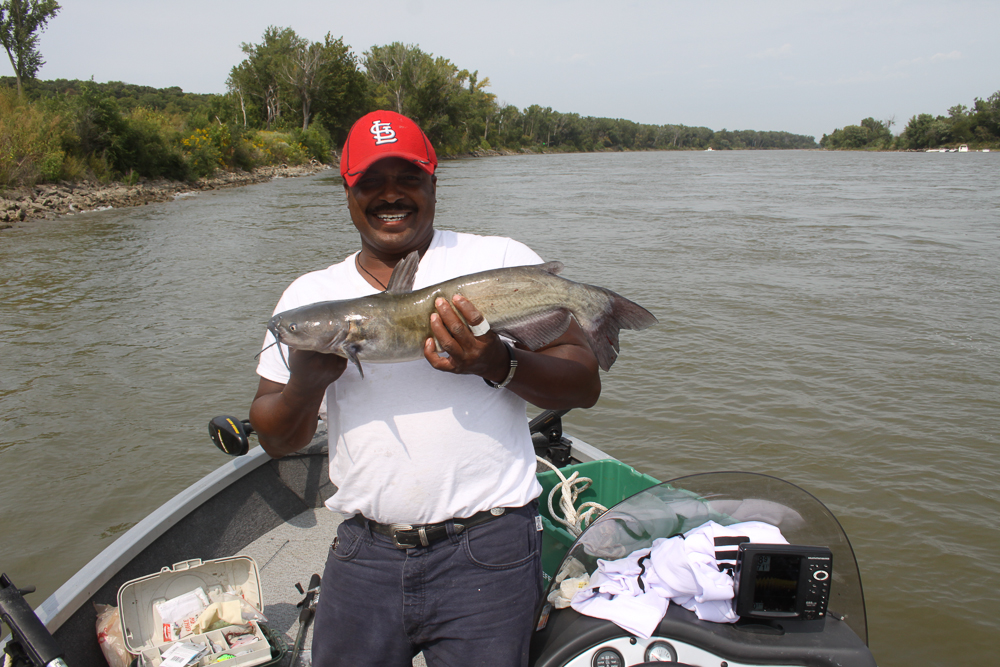