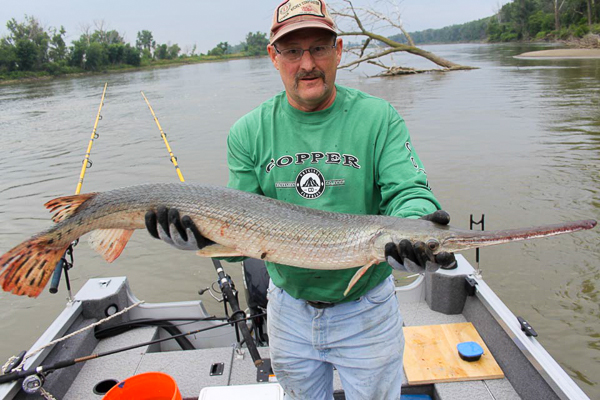 For some reason most people who fish hate gar. Some people who catch them throw them up on the bank to die. Sometimes when I am fishing my boat is surrounded by gar, I can see 20 or 30 at a time just swimming around my boat. They are a nuisance because they peck at your bait and frustrate you. With all that said, I still have sympathy for them because gar gotta eat same as worms. I don’t fault them for doing what they have to do to eat and stay alive.

I Have Respect For Big Fish 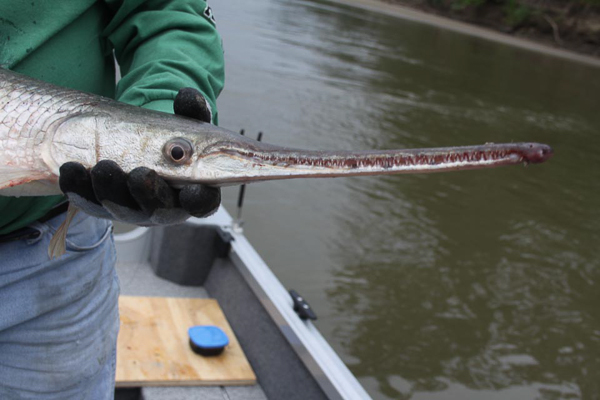 To be honest if the fish is bigger than normal, my tolerance for the species is strengthened by its resolve to have survived to reach such a respectable size. Even humongous Asian carp are honored as I cut them up for bait. The gar in these pictures earned my respect and was released by my friend to fight another day. It was a thrill to net this fish, and even when it got into the boat it was not finished thrashing around. It fought nail and tooth and earned its right to be released to fight another day. I don’t believe in killing species that are a nuisance because they annoy us. It is not an invasive species, such as the Asian carp so we readily released it in hope that we could catch it again.

This Was A Big Fish 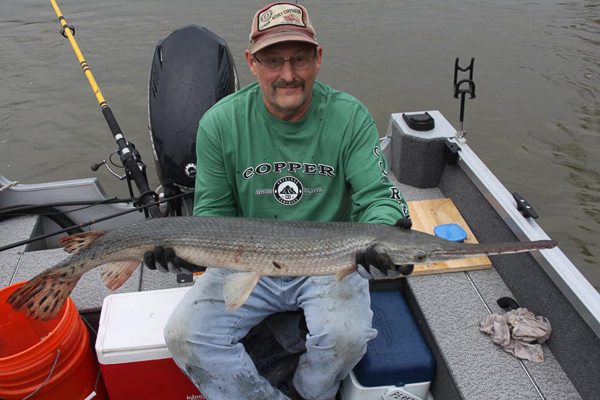 This gar in my opinion was a big fish; when you consider the smaller gar that constantly surround my boat. It was caught on cut bluegill in the shallow flat behind a wingdike. Obviously we were fishing for catfish, but you never know what the Missouri River will offer up to you. We were glad to boat the fish and safely return it to the Big Muddy to fight again. I hope the next person who catches it offers it grace and releases it to fight another day. Like I said before “Gar gotta eat same as worms”.