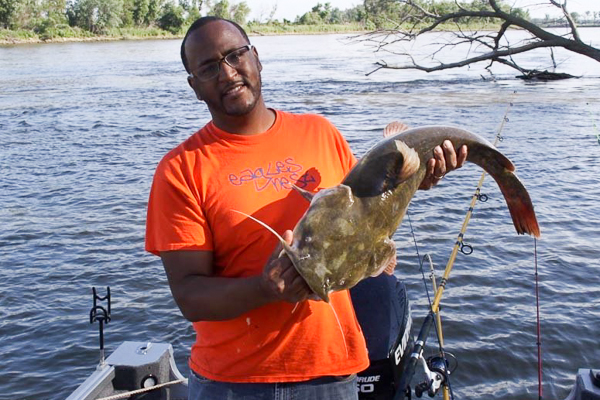 When I show people pictures of my fish I am often asked if I would bring them some fish so they can batter it up and submerge it in their fry daddy. The look of skepticism on their face when I tell them I am 100% catch, picture and release (CPR) is priceless. At this point I feel it is my duty to explain to them that a wise man leaves an inheritance for his children’s children and that I want the next generation to inherit the ability to catch big fish also. Sadly most people scoff at my reasoning and further their argument with talk of the proper way to season a fish and the best hot sauce to accompany it with. I don’t allow these people to fish in my boat. Now with that said, I am not against anyone legally catching fish to eat. As long as you are not breaking the law I have no qualms, hard feelings, or any other ugly thoughts towards you. I simply want to preserve these beautiful creatures for the next fisherman. I don’t fish for protein, I fish for the challenge of putting big fish in the boat.

I Was Raised Eating Fish

When I was a child my dad would take me fishing and camping at Branched Oak Lake near Lincoln, Nebraska and I could catch large crappie without much effort. There were large schools of bluegills and I would tire out my arm catching them. I spent many hours chasing huge bullfrogs, catching crawdads and digging in the sand for mussel clams. My dad’s whole purpose for being there was to catch catfish and he put plenty in our Coleman cooler for the trip back to Omaha. We ate everything and my dad distributed fish to my maternal grandmother who then parceled it out to my uncles. If a carp was caught it was fried in hot grease or put on the smoker. Freshwater Drum, Bluegill and especially catfish was devoured by my family. I have seen countless pounds of catfish skinned on my grandmother’s picnic table in her backyard. None of it was wasted and my family had many an impromptu fish fry after some family member returned from a fishing trip.

Now as an adult when I go out fish I don’t catch as many fish as did when I was a child. I don’t see the schools of bluegills off the bank and the ones I catch are not as big as the slabs I caught when I was younger. There was a time I could catch large bull frogs all day, now I barely see them. Leopard frogs were everywhere, now they are far and few between. Where are all the schools of young tadpoles and bullheads that one could easily see swimming in the water? My theory is we have over-harvested the natural resources and allowed toxic chemicals and pollution to decimate our lakes, rivers and wetlands. So I am bit sentimental when I do catch fish and I try my best to release the majority of the fish I catch. I am not perfect in this regard, because I do use fish as cut bait in pursuit of blues and flatheads.

A study from the Oklahoma Department of Wildlife Conservation (BLUE CATFISH SAMPLING MANAGEMENT)  states it takes 12-14 years for a blue catfish to reach 10 pounds and for every 10,000 fish that are one year of age, less than 300 live to reach 10 pounds. So big fish are rare and in my mind that makes them valuable. Consider how rare a 20 pound blue is. Now think about the age of the 50, 60 and 90 pounders that are out there. Does that thought not make you want to release the ancient ones who have proven they have the right DNA to survive the test of times? So it boggles my mind why you would want to cut up a large, natural-caught catfish into nuggets when you can so easily buy farm-raised catfish from the store.

I Will Not Apologize

I will not apologize for this stance I have taken, but I also don’t bully or ridicule those who do catch fish to eat. If you are legally obtaining your fish I have no gripe with you, but please think about the next generation and selectively harvest your fish. Take a picture of the big fish and release them so they can produce more fish for my children to inherit. That is the mark of a wise man.