A Glorious Day of Fishing

This was one of my best days on the water and I did not catch a single fish. Two of my co-workers wanted to go fishing with me and I was thrilled to take them out. We started at the dock with a talk about safety and how to properly tie the anchor on and throw it out. As we left the dock and headed up stream I could tell they were getting that same feeling I get when I am on the river: This is nice, this is relaxing and just the boat ride was worth it. But I still needed to catch some fish. I decided I needed a spot that was relatively shallow to make it easy to anchor and would also provide them with an opportunity to catch fish. This was not an endeavor to catch a 40 pound blue or flathead. I wanted to get them on a big carp or drum fast. So I put them behind the tip of a trail-dike where it is only 3 feet behind it and 15-17 feet in front of it. 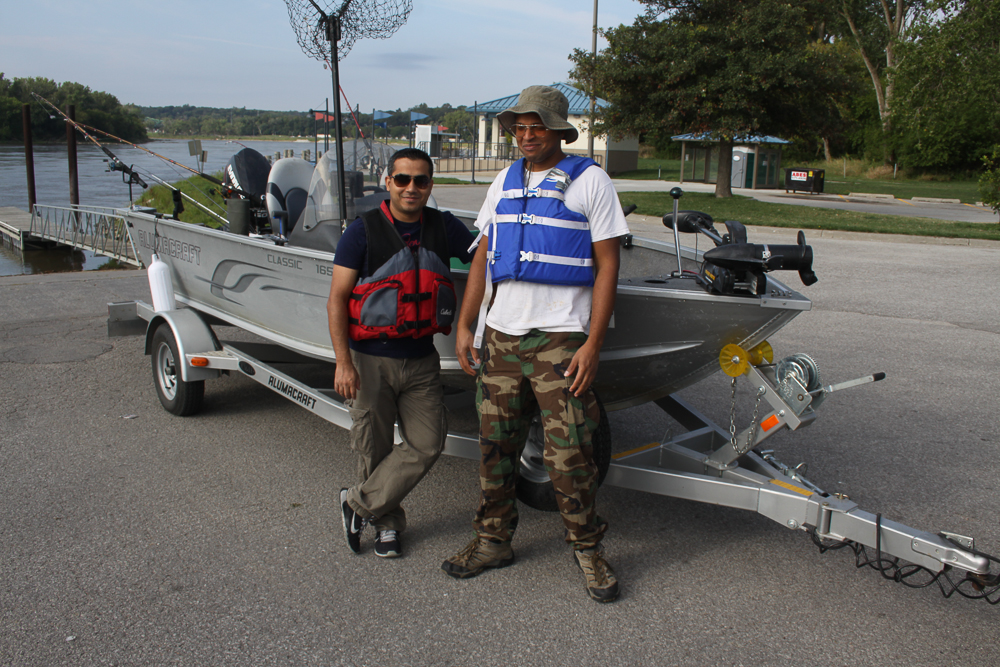 I openly prayed out loud to Jesus that we would all return home safely to our wives and that we would catch some fish. My next step was to show them how to tie a simple Carolina rig with a split shot, 3/4 ounce weight and a baitholder hook (palomar knot). Our bait was a whole night crawler and I instructed them cast into the current stream just behind the wing dike. Almost immediately one of the poles started twitching and I yelled out fish on and the fight was on. There was a request for the net, but I just grabbed the line as the fish got close to boat and I Bill Danced it in. Our first carp and I was ecstatic at how excited they were to catch this small carp. I fondly remember when my dad put me on carp at a young age and how the tug of that fish hooked me forever to the sport of fishing. I could tell by their excitement that a trip to Bass Pro or Cabelas was in their very near future. I was proud that there was a chance I had added two new enthusiasts to the sport of fishing who heard my rants about not littering, selective harvest and catch picture release.

Not Expecting To Catch A Gar

I did not expect our second fish to be a gar because normally they are hard to hook in the mouth with a small bait holder hook but this small one obliged us. I am no fan of gar since they harass my cut bait when I am fishing for catfish but my partners where thrilled to put another fish in the boat and they had no pre-conceived ideas about how pesky gar can be. 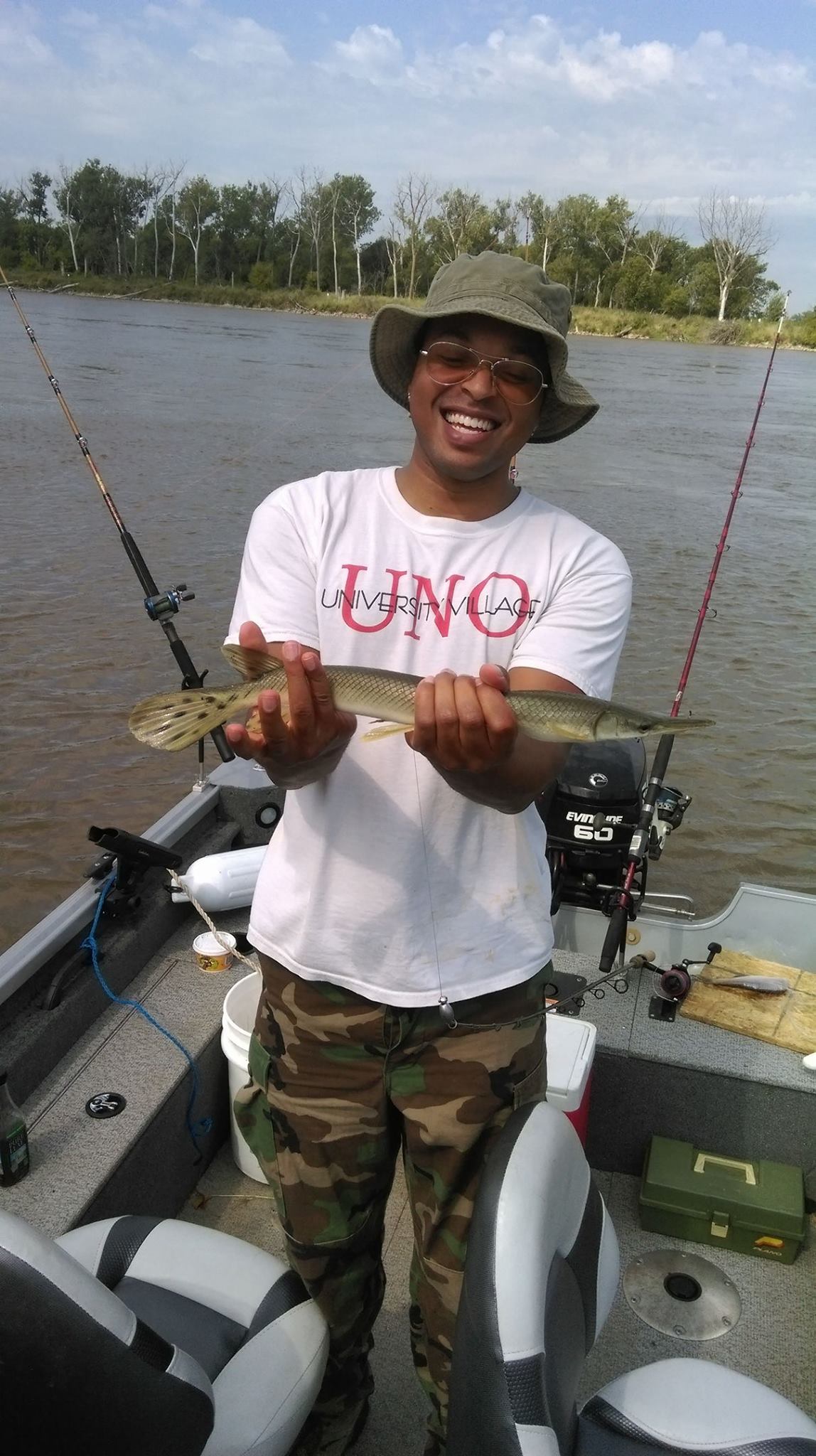 Is That The Same Carp?

Soon enough we had another carp on the line and the battle ensued with as much excitement as the first. I was very happy that we were putting something in the boat. As we took the picture my partners asked could that be the same fish we caught before. I assured them it was not; just the same size and that they do get way bigger than this. Thank God I was able to prove that fact moments later.

That IS NOT The Same Carp?

We baited up and waited and soon I noticed that one of poles was twitching and I yelled out fish once again. The pole was grabbed I immediately knew this was a slightly larger fish by the bend of the pole. The fish took off towards the shallow and I started yelling out “don’t be timid, fight that fish”, but the fish was smart and tangled right into the anchor rope. This prevented me from video-taping the fight and I had to put down the camera and get the line out of the anchor rope. I used the net this time to make sure they would get this fish in the boat. This is the fish they will remember, this is the fish that will have them running out to buy fishing gear. I am glad they had the experience and I hope they both become respected fishermen in the future, full of my ideas of conservation and respect for the land. 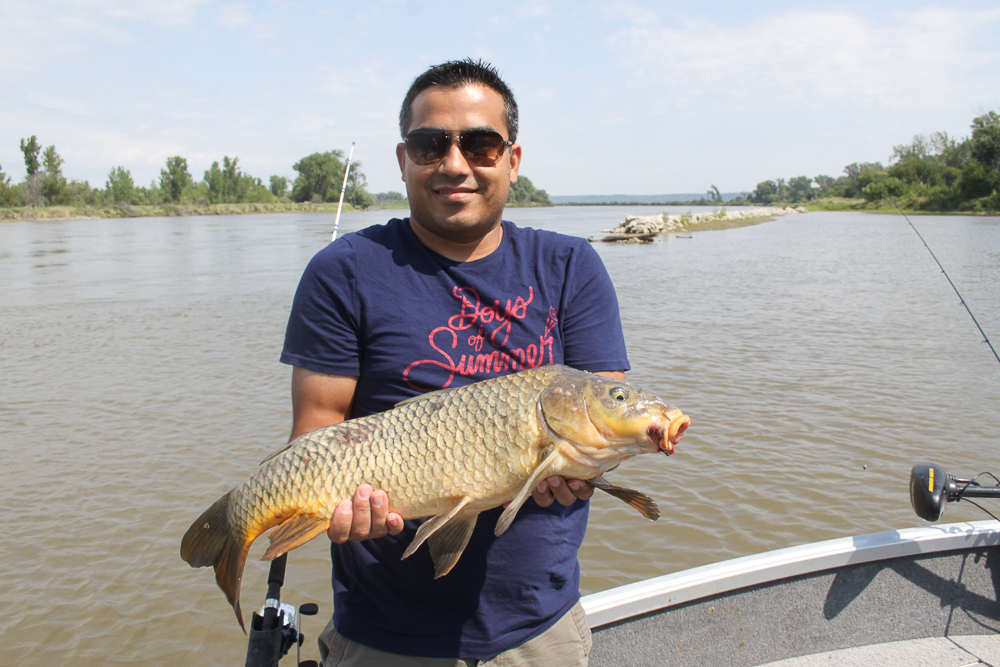